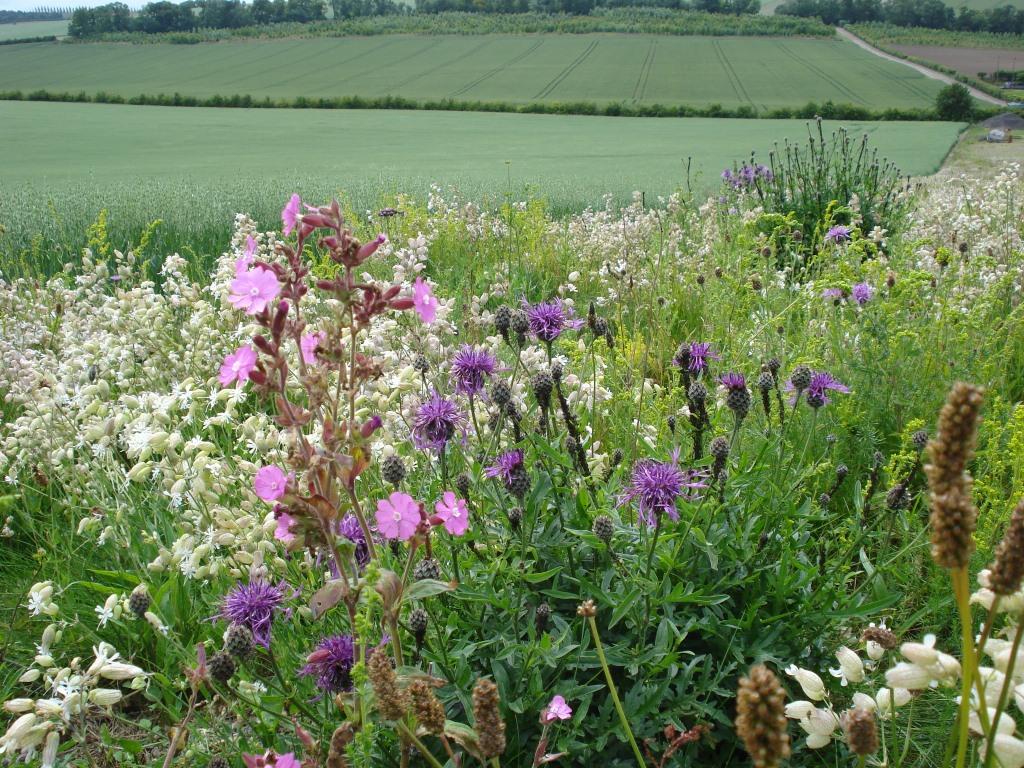 Robert Law has been a member of Fair to Nature since it all started in 1985. Robert is a first-generation farmer, and his land lies along the chalk ridge of the Chiltern Hills. The soil is very light and free-draining, of low fertility and prone to drought, which is why Robert favours a mixed farming system. Although predominantly arable, he also has a large flock of breeding ewes and lambs, a small herd of cows and calves, and outdoor pigs.

Robert is committed to optimising the biodiversity on his land, including encouraging new or returning species of farmland birds and insects. Robert is a first-generation farmer and when he took over the farm a lot of the hedgerows had been removed over the years to make way for larger machinery and more food production areas. Gradually he has been putting those hedgerows back, and much more besides.

“You don’t have to do a lot to make a BIG difference. A little, done well, in the right places, makes such a difference!”

While it took a few years for the habitats required by the Fair to Nature scheme to get established, these areas are easy to manage now. The habitats are all in the right locations, such as awkward, less productive areas of Robert’s land. Wildlife-rich woodland and wildflower corridors help to join up the habitats and allow wildlife to move around the farm. The light soil suits a lot of wildflower species. Pasque Flower is found in abundance on the neighbouring heathland, which Robert helps to manage.

Through his commitment to habitat creation and conservation, Robert has seen the return of Grey Partridge (a species on the Birds of Conservation Concern Red List) back to his farm. The wildflower margins and ponds that have been introduced have led to an increase in insect counts of all types across his land.

Robert believes that the benefits of being part of the Fair to Nature scheme are clearly demonstrated by the visible evidence of increased biodiversity. Fair to Nature also works well with the other contracts, schemes and payment systems that Robert has in place.

For other farmers considering joining Fair to Nature, Robert says, ‘Don’t get hung up on the specifics of devoting 10% of your famed land to nature. The most important thing is to believe in the wider benefits of taking part.’

TOGETHER WE CAN CREATE A BRIGHTER TOMORROW

Contact us today to find out how you can become part of the solution.